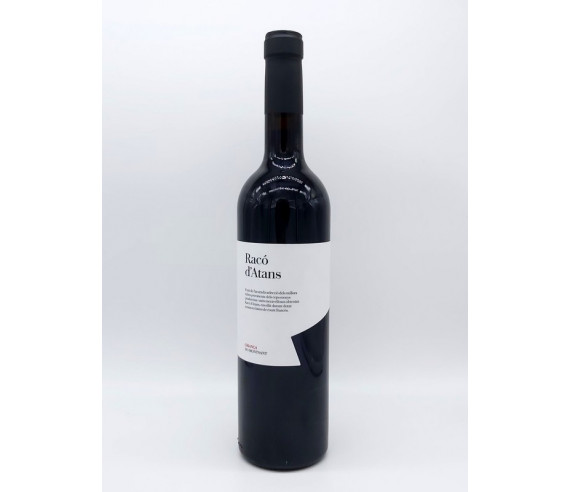 Maroon, a nose with a mixture of spices (cinnamon, vanilla) and fruits (cherry, strawberry, blackberry) very well harmonized. An entry in honeyed mouth with a stout step and with potent but very mature tannins. Balance between Wine and barrel.Credit: 12 months in French oak barrels

The DO Montsant wine is the fruit of a centuries-old tradition combined with current academic knowledge. Throughout the production process, the hand of man intervenes, an artisanal process that is the result of an inalienable balance between the field and the winery, in which the farmers take care of the vineyard to bring the best grape to the winery and winemaker. It allows to create highly appreciated wines all over the world.

In DO Montsant, large cooperatives coexist with family initiatives, including private warehouses of various sizes. Mas de les Vinyes is a family winery founded in 1999, but with a long tradition in the cultivation of the vineyard and also of fruit trees, olive trees, peach trees, cherry trees, almond trees, its own garden, and, above all, wineyards.

From the 1930s the Borràs family began to live and work in this hollow of the Montsant river, in the district of Cabacés, Comarca del Priorat, a farm with a great diversity of crops that has come to our days, presided over by a Mas where, Beyond becoming a home for the family at different times, it has become its winery, the Bodega Mas de las Viñas.

After years of leading their grape production in the Cabacés Cooperative, since 1999, the year in which they began to make wine in their own winery and under their own label, the priority has been work, care and passion for our strains, some of which are over 50 years old.

With new varieties such as Merlot and Syrah, with one of the oldest Cabernet Sauvignon in the region and with varieties as own as Garnacha, Cariñena and Macabeo, this is how they try to achieve noble, sincere, complex and at the same time easy wines understand and above all enjoy for all those who want to participate in the experience of savoring our fruits.

Racó d’Atans is a great example of a time spent with elegance, rest and quality. This crianza red wine DO Montsant maintains the vigor of a corpulent, complex wine, typical of our lands, despite its years of aging, first in barrels and later in the bottle.

The way to go for this wine is a fascinating aspect of the evolution of the old Cabernet Sauvignon vineyards.

Ideal to enjoy with red meats, game meats, stews and any type of dish with the essence of the kitchen of a lifetime.

€7.00
Forest honey100% natural artisan honeyProject with added valueExtraordinary honey with 21 love chromosomesRegional product Discover our forest honey, the darkest one of our honeys. In 250 gr jar